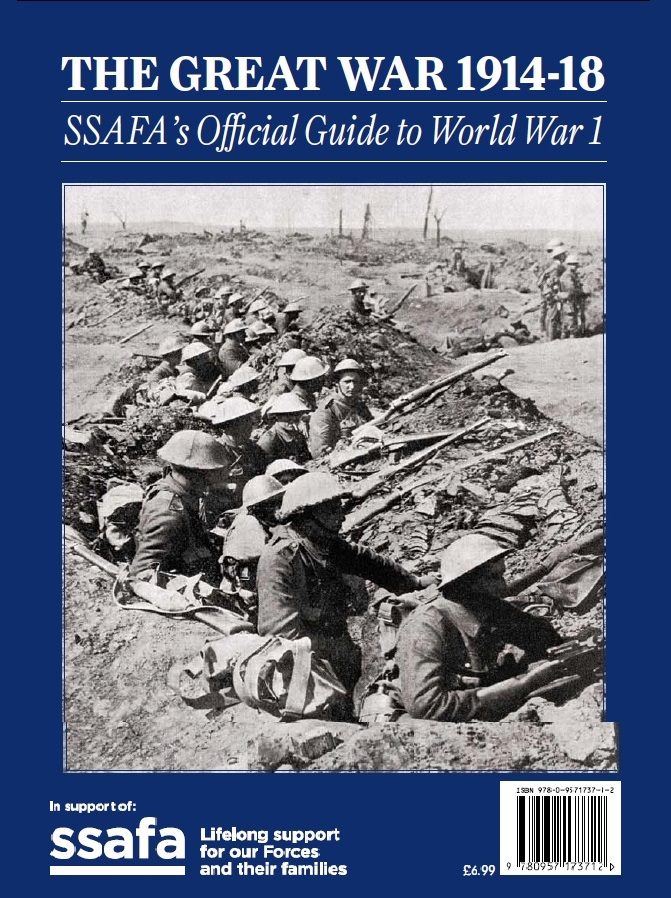 CWPG produced a commemorative guide for the centenary of the Great War. The publication featured editorial commentary, in both words and pictures, together with archived letters and stories from those who fought on land, sea and air, and also considered the profound effect of the conflict on the many that were left behind on the home front, where SSAFA played a crucial role. The book also contained commemorative messages from heads of state and senior dignitaries from around the world.

To raise the public awareness of SSAFA, the only military charity from World War One still going strong today.